Sexually Vital and Juicy at any Age 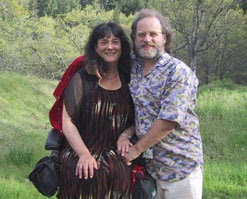 There's an unfortunate stereotype in our culture about older adults and sex. Popular belief has it that as people grow old they entirely lose their interest in sexual intimacy. This is simply not true. Nobody's done any studies about it, because it's not a hot topic (ha ha) for pollsters. Not yet anyway. With millions of people aging, that could change. And I hope it does.

Our culture is highly sexualized. Yet sexuality is not a topic that is easy or natural. Sexuality is highly visible in the media and on the street, but there's still a lot of shame involved for many of us. The topic of sexuality in the later years is even more charged and uncomfortable. Because of prevailing notions about aging, people get upset when they imagine older people as sexual beings.

When I learned that my medical doctor Howie Morningstar and his wife Sue Mauer Morningstar, a nurse practitioner and also a rabbi, were going to give a talk titled "Sexually Vital and Juicy at Any Age" at our wonderful Ashland Food Coop, I knew I wanted to hear what they had to say. Howie and Sue work together at Morningstar Healing Arts, a healing environment filled with color, beautiful art and vibrant plants.

Howie and Sue have known each other since they were 4 years old! Think of it! I often do. They have known each other their whole lives and they have been married for a long time. I was interested in what they had to say at their talk "Sexually Vital and Juicy at any Age" because it seemed to me that they would bring a unique perspective from their many decades of connection and partnership, and from the adventures of their individual life journeys. Nobody is typical and that is certainly true of Howie and Sue. Sue has been a nurse-practitioner for many years. She recently became a rabbi, which has given her another avenue to share her gifts. Sue has been in a wheelchair for many years. A more uplifted, loving, inspiring person would be hard to find. Howie describes himself as a Jewish pagan. He loves dancing, drumming and fire circles. A recent Phoenix Fire brochure gave this as part of his bio. "...loves playing with fire and has been creating magic, mayhem and sacred altars--for a long time!" In 2010 Howie trained as a certified tantric educator.

The talk drew a large audience, composed mainly of older couples with a fair sprinkling of single folks. Most of the audience was well over 50, and many of them knew Howie and Sue already as either patients or friends. The atmosphere was warm and relaxed. 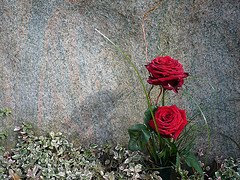 Howie and Sue's talk went right to the heart and soul of intimacy. They discussed the healing and heightening powers of sex, describing shared pleasure and ecstasy as a way of connecting with the divine and with the partner as an emanation of the divine, a god or goddess. They talked about the chakras and kundalini energy flow, ejaculatory choice, prolonged orgasmic states and the importance of masculine and feminine polarities. They spoke about why it is important that the woman climax first, and recommended the book She Comes First. They talked about how important it is to make time to be with each other without other concerns or activities interfering, and pointed out that the intention of these special times was not necessarily to focus on making love physically, but on reconnecting with each other's souls. Sue spoke about Jewish texts that refer to the mystical importance of sharing pleasure. I found this link to the subject that I found fascinating.Jewish mystical texts Howie and Sue plan to present two more talks on the subject of sexuality and wellbeing. I'm looking forward to hearing what they have to say next. Sex, intimacy and the erotic life are topics that continue to magnetize me, and I know that a lot of other older adults are just as interested.