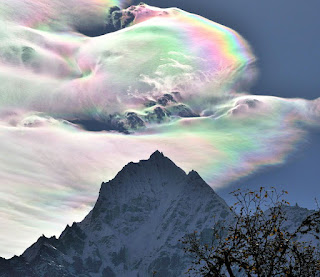 The opera was about to begin but I didn't know where my seat was located. I held out my ticket to the white-haired usher who stood nearby and said "Excuse me sir, but can you...." But he turned away from me, leaning heavily against the big door that led into the opera house. Putting my ticket in my pocket, I reached out to touch his arm.

"Are you okay?" I asked. When he turned toward me and began to fall I saw that his eyes were wonderfully blue. He began to fall towards me without a word, his face flushed, his hair pure white. Our eyes met. It was just a momentary glance. I want to say that he fell into my arms. I surely intended to catch him in my arms, but as he came closer, moving as slowly as a cloud, I missed him somehow. It was as if he passed through my arms like water. Slowly he fell and his body hit the floor, crumpling down onto the carpet of the opera house lobby.

He was still, as boulders are when they have come to rest at the bottom of a hill. I gently turned him onto his back. His wonderful blue eyes gazed up into space. He was not in the ordinary world, whatever the ordinary world meant to him all the other moments of his life. He was elsewhere in some more expanded reality. He looked innocent as a baby and entirely as vulnerable. And when I looked down at him, he was not simply a dignified, corpulent older man in a dark gray suit who had fallen suddenly to the floor.

He was very beautiful. Perhaps it was his absorption that made him so beautiful. All of his customary faces and attitudes, whatever they might have been, had dissolved and he was simply there. It occurred to me that he might be dying. In fact, I thought he was dying. Perhaps I was being arrogant to think I knew the moment of his death. I wasn't a doctor. Yet it appeared to me that he had had a heart attack and was dying. When I looked into his eyes he seemed as if he was already moving beyond his body, out into the blue reaches of the sky where everything was the color of his beautiful eyes.

More than anything, I wanted to comfort and reassure him. I took his white haired head into my hands and held it at the crown. I stroked his face. "It's all right. It's all right," I murmured softly to him. While I stroked him and spoke these words I communicated with him. For he and I were linked in some place where ordinary time had given way to the boundless reaches of the timeless. I held his head, stroked his beautiful face and looked into his blue eyes as they gazed far beyond our mortal meeting.

And I thought to myself, what would I wish for if I had fallen as he had, in a public place far from my family, if I were ill or dying as I thought he might be at that moment? I imagined myself in his place, my apparently secure everyday reality suddenly swept away. What would I want then? I would wish for warmth, love, and calm. I would wish for someone to help me align myself with my spiritual essence. So I tried to give him those things with my hands and my intention.

It never occurred to me to be anything other than calm. Someone else would call the ambulance. Someone else might attempt to revive him. If it was his time to die, then he could die safely here. He could send his consciousness out into the light through the top of his head. There where my fingers touched him, he could send it out. That's what I focused on. Meanwhile, a man rushed up and began to shout excitedly. " Help! Help! Call the ambulance! He needs to breathe! Get this loosened! His neck is constricted! Loosen his tie! His shirt!" I said nothing while he frantically tried to unbutton the top shirt button and to loosen the necktie. The white-haired man was still. and his stillness aroused frenzy in the man who came to help. I think it reminded him of the stillness that would one day overcome him, too. "God damn it, God damn it! I can't do this," he moaned and shouted as he worked at the buttons and tie. Then a woman in a cobalt blue dress arrived. She began trying to resuscitate the white-haired gentleman, pushing mightily on his great chest and breathing into his mouth. The frantic man finally succeeded in unbuttoning the top button and loosening the tie. Then with frustration and anger, he wildly pulled the white-haired man's entire shirt open, cursing and shouting.

If I were dying, I would wish for someone much more calm. "Whether this man is living or dying, you are not helping him with all your shouting," I told the shouter firmly. He subsided, shocked. Another man arrived, saying that he was a doctor. He and the woman in the bright blue dress took turns trying to revive the fallen man. It seemed as if time trailed out to the ends of the universe. Pressing, releasing, breathing into the mouth over and over, and yet the fallen man exhaled only two great breaths under their mighty efforts. His mouth turned dark. His ears grew purplish red. The woman stuck her fingers way into his mouth to see if she could unclog his breathing. Still, his eyes gazed up innocently into space. I continued to hold his head and to stroke his face. They could not find a pulse.