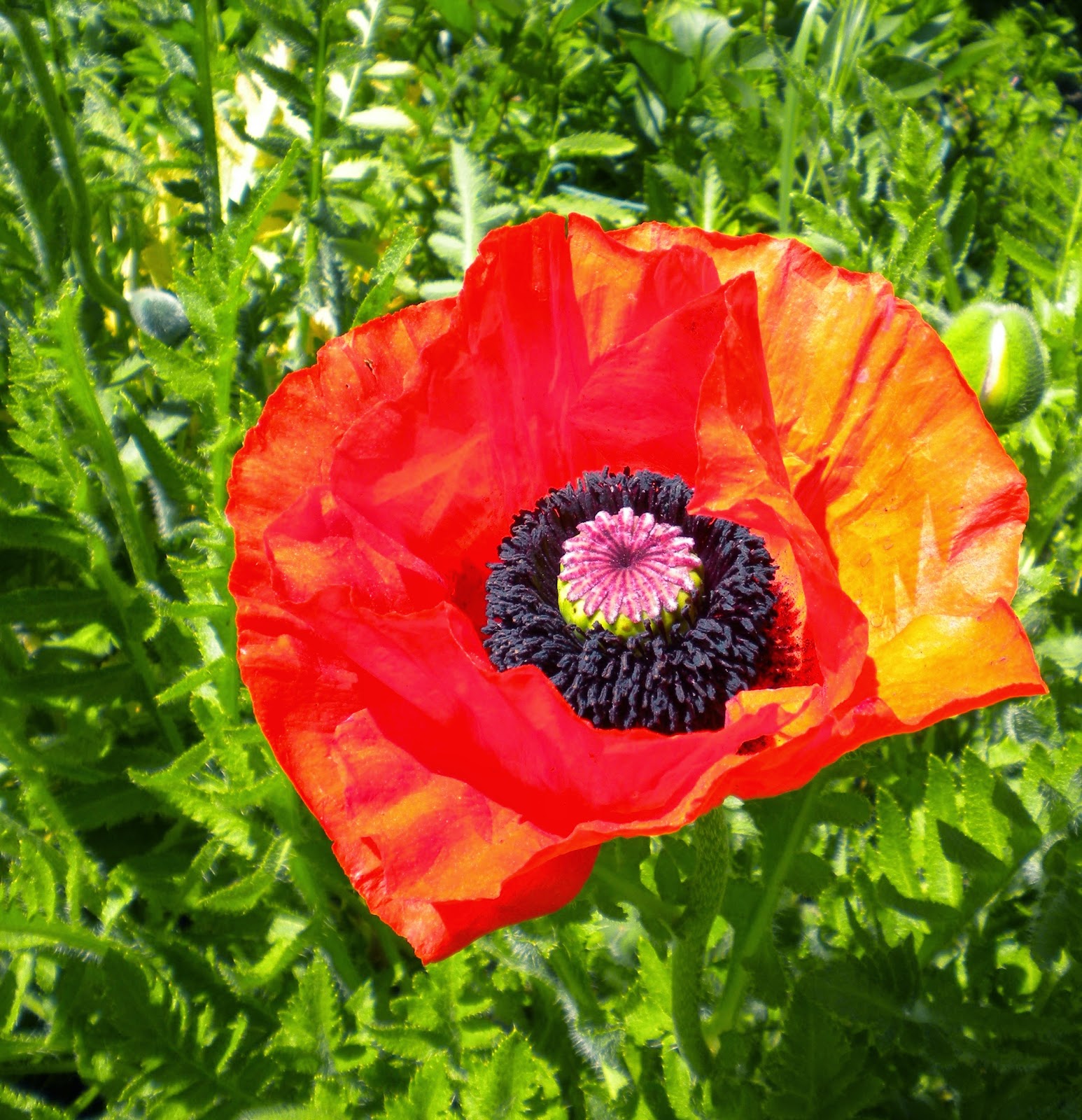 News from the flower cottage

The gardens are marvelous here right now. The climbing roses adorn the swing, peonies, poppies, love in a mist, Jupiter's beard, Japanese iris and many colored roses are blooming profusely.

It will be my last spring here, because the flower cottage is on the market.
Click here if you'd like to learn more and to see the wonderful photos that realtor Patie Millen took of my lovely place.

I had a sale cooking, but it fell through. Such is life. Life is often like that. 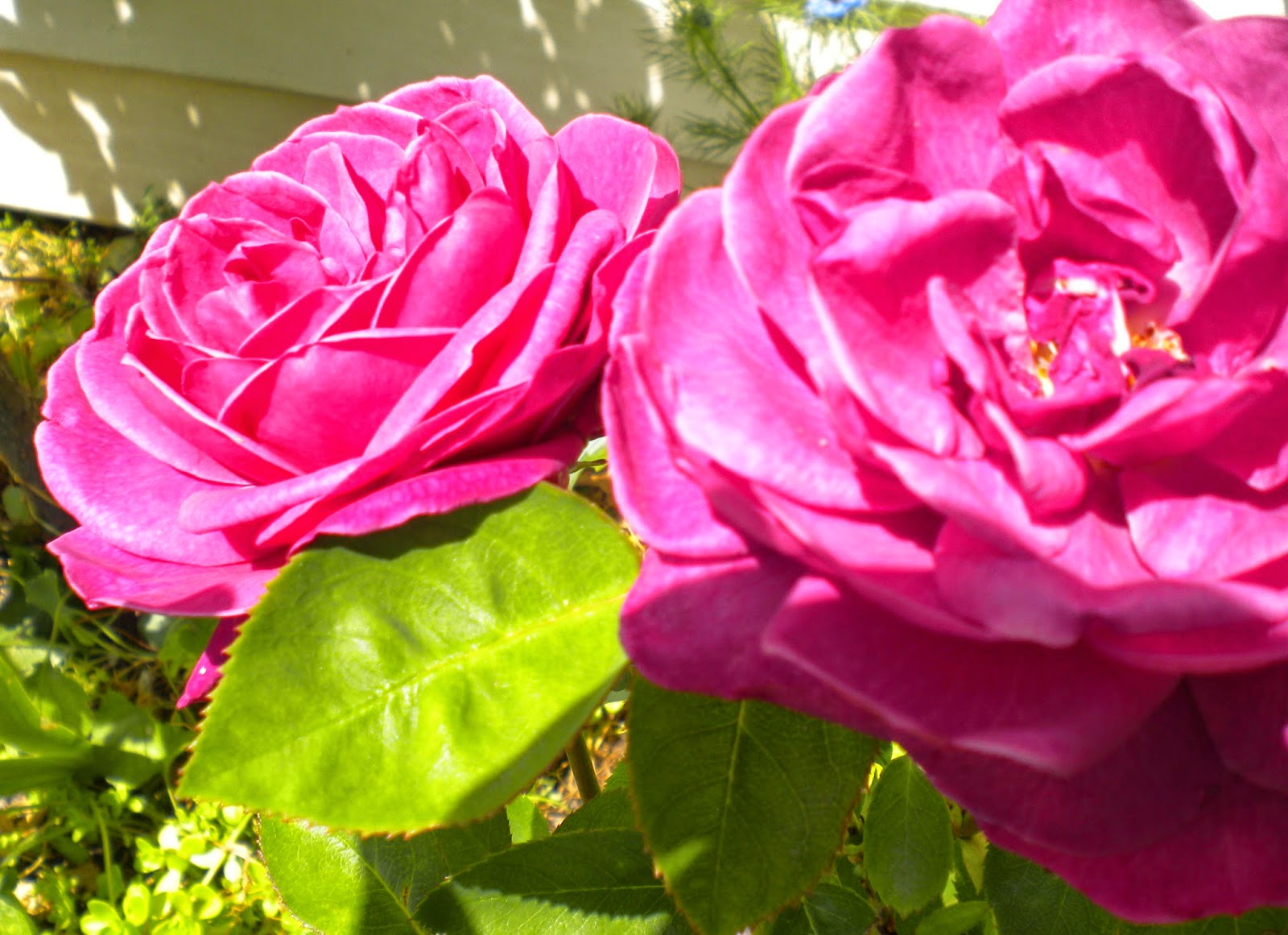 You never know what is coming next. I mean, seriously. I should understand this by the age of 73, but am still surprised by it at times.

Here's an example. In December, I made a decision to let go of many of my Sage's Play projects, including the musical revue I spent 4 years developing with composer Laura Rich. the Audacious Aging Kit I created and which needed a marketing strategy and creative aging workshops I wanted to develop.  I had grown weary of my change the paradigm on aging mission. I see that there are others, many of whom are marvelously brilliant, who are working in this area, and so I reasoned, I don't have to hold onto this mission, which I no longer enjoy, but can move into other areas of life. I have always been afflicted with a save the world disorder, and it seems time to shift how I relate to that.

My plan was simple. I would sell the flower cottage and head to Mexico.

Then, in January I found myself immersed in a consuming and challenging family situation, wbich still occupies my focus and heart. I really can't say more about that here or now, but I will say that these past months have been very difficult, heartrending, tender, and full of opportunity.


Fantasy and Reality
My house is not sold.  So meanwhile, I am sorting things, packing them up, giving them away, selling and bequeathing them--just generally unloading almost all I own before I pop the cork. This seems like a worthy goal to me, though of course it does have its sharp edges. It's wise to get comfortable with uncertainty, because that's really a constant element in life, as far as I can tell. 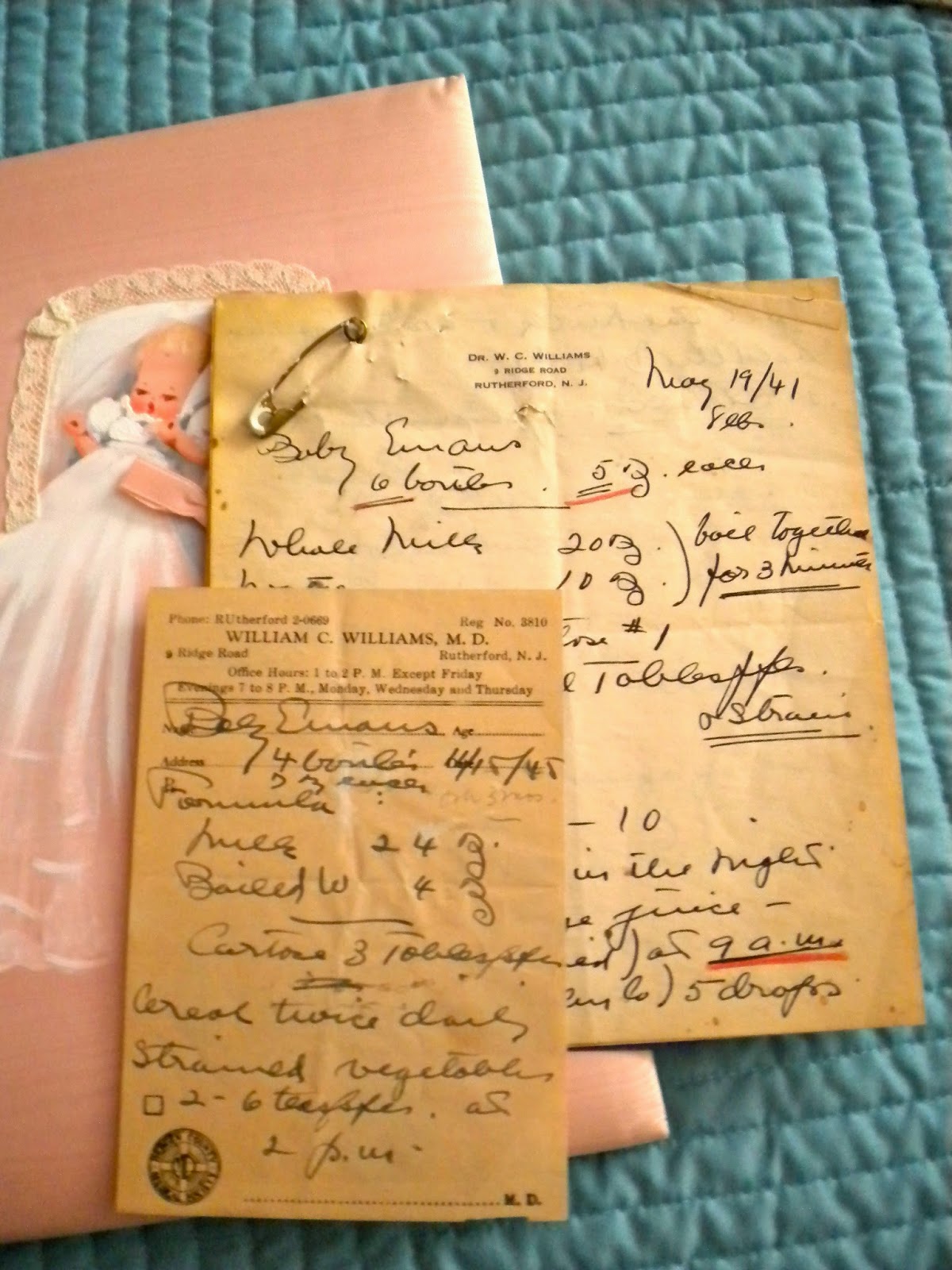 In the process, I revisit many icons of my life, such as these prescriptions, which I found in my baby book. They were written for me when I was a baby by poet William Carlos Williams, who also practised medicine in New Jersey. My parents took me to him when I was less than a month old because I cried all the time, and it turned out that the reason I was crying was because I was hungry.

"Just feed her more," the doctor/poet told them, and gave them prescriptions on how to accomplish that goal.

I am grateful for his help, and for this early contact with poetry magic. 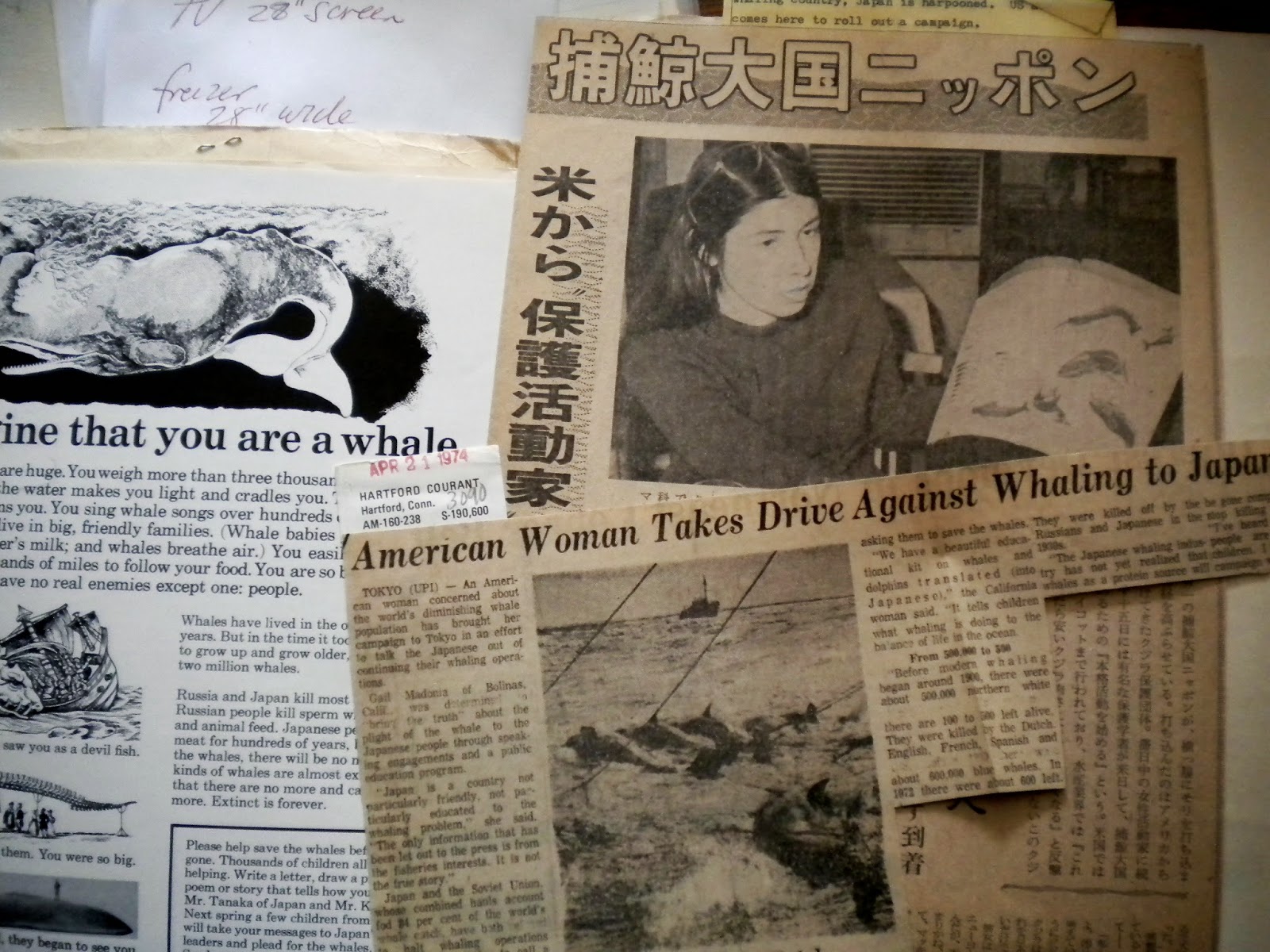 I have thrown out so many records and mementos of the life I've lived.  I like getting rid of things. I feel a marvelous exhuberence when I am flinging them into the recycling bin.

But I could not throw out the file folder with the press clippings of my trip to Japan in the 70s.  That was an incandescent time of my life. I was the first Western activist to travel to Japan on behalf of the whales.  I was working for Project Jonah. It was before Greenpeace appeared on the scene. My mission was to magnetize international media attention, to talk with cultural movers and shakers, meet with government and whaling officials. I really had no qualifications, but that didn't deter me in any way. And I did succeed in all those goals. I got enormous media coverage internationally through articles posted by two wire services, AP and UPI, plus cover articles in the Japanese version of Business Week and Fortune.  I did meet with government and whaling officials, artists, activists, poets.  I've written about the capstone of this experience, which occurred after I left Japan, as well as the place whales have inhabited in my imagination since childhood, in my book Songs of the Inner Life.


So I threw many things out and they are gone. Posters and press clippings of one-woman shows and performances and workshops--all gone. Because they are in the past. Not that I am laboring under the assumption that if I get rid of everything, it will automatically free me from whatever constrains me. If only one could do that. But it is not the way things work here on the Earth Plane. 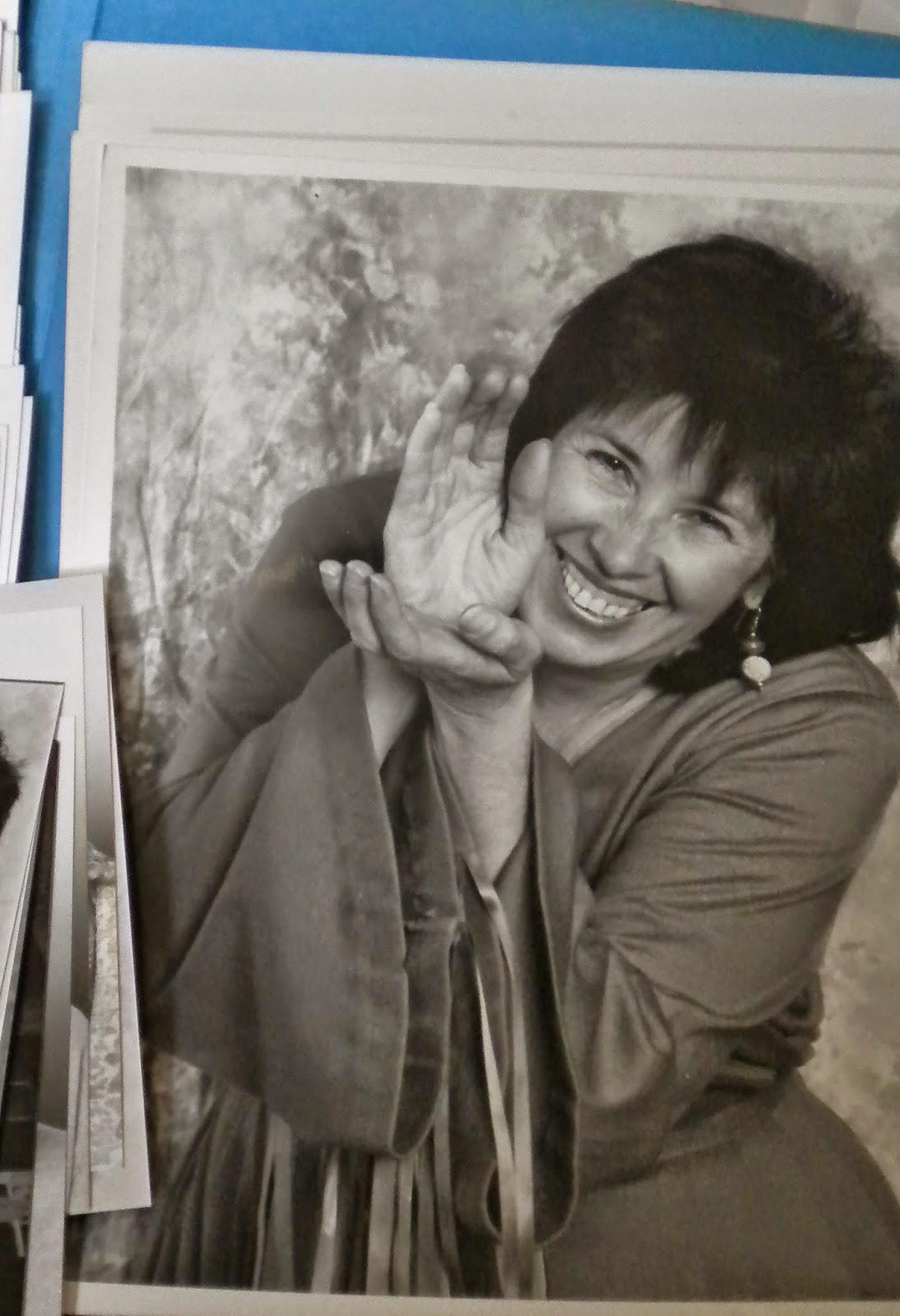 I have a folder of photos taken to illustrate my various endeavors. Here is one from a one-woman show I did in the early 90s, whose title was Forces of Nature.

I like this picture. My costume was red, with a fringe of colored ribbons on the sleeves.

That was a long time ago now.

I want to honor the past, which has allowed me to mature into the woman I am now, but that doesn't mean I have to live in a museum of my assumed identity. I can let go of some of the mementos of the past.

I want to live in the present.  No matter how uncomfortable some aspects of it may be.

Toward the end of life, it is important to pay attention to everything, to make reparations, to heal, to extend love, to let go, to go within and connect with one's deeper spiritual wellsprings and sources. That is the work I am engaged in. It is not easy at times. But it seems essential.

After a long hiatus

This brief announcement comes as a test. I spent at least an hour creating a newsy post, my first since December, but when I tried to publish it, it  disappeared.Technology, like everything else, has a mind of its own. Well, I do plan to write something at more length soon. Happy spring!
Posted by Gaea Yudron at 8:14 PM 1 comment: