Aging as a Profoundly Creative Act 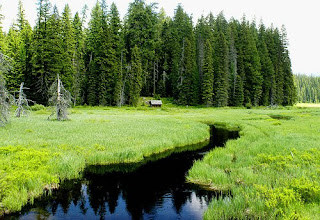 This is the text for a talk I just gave at the Unitarian service in Ashland, Oregon.

Fifteen years ago, I plunged into the world of creative aging. Of course at the time I didn’t know that that’s what I was doing, as I began delving into the patterns and meaning of my life. It was the kind of exploration an archeologist makes, digging through layers that have gathered over time, finding talismans, surprising artifacts and highly charged relics. An invigorating and sometimes very heavy process traversing the terrain of peak experiences, dark nights of the soul, losses and sorrows, some of which had never been properly mourned until I unearthed them again.

A few years later, I learned that in the field of aging what I was doing had a name. It was called life review; it is considered one of the major inner tasks of aging.

Each stage of life presents us with developmental tasks and aging is no exception. What are the tasks of aging? According to Carl Jung there are 7 tasks of aging and they include:

1. Facing the reality of aging and dying

4. Letting go of the ego

5. Finding new rooting in the Self

6. Determining the meaning of one’s life

Working on these significant assignments is an important aspect of creative aging. Older people naturally look within and reflect upon their lives. That’s why there’s something odd about the sarcastic way we hear the phrase “living in the past” used. It’s perfectly natural for older adults to reflect deeply upon the past. It’s an important aspect of the soul work of aging.

We’re in the midst of an age wave—some people call it a silver tsunami. In many countries of the world, there is a huge surge in the aging population. It’s something that has never happened before. In terms of creative aging, millions of people are investigating creative ways to remain healthy, vigorous and engaged. They’re exploring the meaning of their lives and seeking ways to share their skills and gifts.

Sharing our skills and gifts is an important role in later life. Nurturing, mentoring and teaching are part of creative aging. Psychologist Erick Erickson called it generativity. Generativity is the antidote for stagnation according to Erickson.

Cre·a·tiv·i·ty is defined as the ability to transcend traditional ideas, rules, patterns, relationships, to produce something new through imaginative skill, whether a new solution to a problem, a new method or device, or a new artistic expression. We all engage in creativity continuously. In fact, everything we do is a creative act.

Older adults are very creative and they have plenty of tools to do the job. To begin with, it is a highly creative act simply to be. As author Henri Frederic Amiel says, “Every life is a profession of faith, and exercises an inevitable and silent influence.”

Just being yourself is a creative expression. And by the time people are in their 60s, 70s, 80s or older they usually have perfected the art of being themselves. They’ve spent many decades in developing the maturity of their character, refining their values, polishing their skills, acquiring their unique point of view and way of being and last but certainly not least, older people often have relaxed considerably about what others think of them.

In those ways, there’s a kind of freedom that didn’t exist earlier in life. Not only that, but as one grows older one naturally has more of a panoramic perspective based on life experience and perhaps a certain amount of detachment from the immediate hustle and bustle. These qualities are some of the artistic tools that older people bring to creative aging.

Studies report that generally people are happier in later life than they ever have been before. I know that’s true for me and it may be for you, too. What is more creative than happiness? When we are happy, the good feeling radiates out like a beautiful gift to others. It is rather amazing that older people are so happy, considering the significant challenges all of us must undergo—illness, fixed incomes, the loss of loved ones and facing our own death among them. It’s rather paradoxical isn’t it, how as our bodies begin to give way, the spiritual aspects of our beings shine out.

The Creative Age is my favorite book on creativity in later life. It was written by Dr. Gene Cohen who until his recent death was director at the Center on Aging, Health & Humanities at George Washington University in Washington, DC. Dr. Cohen conducted a twenty-five year study on creativity and aging with more than 200 older adults.

“Expressing ourselves creatively can actually improve health, both mentally and physically,” Dr. Cohen said. “Creativity is a natural, vibrant force throughout our lives--a catalyst for growth, excitement and forging a meaningful legacy.” he added.

Some other points Dr. Cohen made about the value of creativity brings to wellness include these:

· Creativity reinforces essential connections between brain cells, including those responsible for memory.

· Creativity strengthens morale. It alters the way we respond to problems and sometimes allows us to transcend them. Keeping a fresh perspective makes us emotionally resilient.

· Capitalizing on creativity promotes a positive outlook and sense of well-being. That boosts the immune system.

· Having an active, creative life makes it easier to face adversity.

One of the beautiful freedoms of later life is the chance to investigate parts of ourselves we never had time for when we were busy working and raising our families. We can find great pleasure and refreshment in exploring something completely new, or finally returning to try our hand at something that fascinated us earlier in life, whether it be singing, dancing, photography, saving Social Security or joining the Peace Corps.

Social change is a creative area that especially interests many of us these days. There are many progressive social change causes I espouse, but my particular passion is this: I want to see social change in our culture’s views and beliefs about aging and its treatment of older adults. In a marvelous book of essays titled Audacious Aging, the spiritual teacher Ram Dass notes, “Issues of sexuality, gender and spirituality have come out of the closet…even birth and death are out as well. Aging remains one of our culture’s last taboos…it’s fair to say that we live in a society that would like to pretend that old people don’t exist.”

Ooof! There are many great things about our society, but this is not one of them. What choices: be invisible and marginalized or be the butt of sarcasm and mockery. If somehow you manage to evade this personally, you’re still affected by it. You’re guilty by association because you’re old. Old was once a highly venerated word but now as applied to humans it has the air of a dirty four-letter word, even though it has only three letters. How little has changed in our society since Dr. Robert Butler coined the word ageism 40 years ago. Ageism has never become a broad social cause the way racism and sexism have—but I hope it does. Age prejudice is still dismissed, laughed at or ignored. Widespread stereotypes about aging have significant repercussions on employment, health care, and social perceptions of the value of older people. I think we underestimate the effect of this on us as individuals and as a society. The report Ageism in America from the International Longevity Center is an excellent reference for educating yourself on this issue.

It’s time for a paradigm shift, a fresh view of aging that acknowledges the enormous contributions older people make to society, to science, the arts, business, family and community. Think Arthur Rubenstein, Martha Graham, Anna Halprin, Frank Lloyd Wright, Helen Keller, Carl Jung and Robert Frost. And this is just a smattering of well-known people. Older people make immense contributions yet our society continues to engage the same old hackneyed stereotypes--namely, that aging is a terrible disease to be avoided as long as possible and that old people are useless, awful and senile. How sad it is that we limit our view of aging to biological decline, while ignoring the vivid unique presence, contributions and soulfulness of each older person. How different this is from the views of some other cultures.

As author James Hillman wrote in his beautiful book The Force of Character and the Lasting Life, “Our ideas of older age need replacement. Like a hip that can no longer bear weight or a clouded lens that does not let you see out of your own head, we need to wheel our ideas into the operating room. But replacing outworn mental habits requires both attack and stamina.”

I hope that we can bring some of what we learned from the womens’ lib movement and the civil rights movement to the issues of age prejudice in our society. 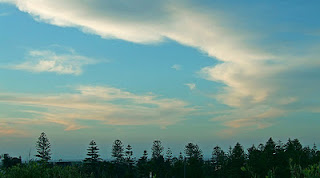 Ageism affects us all, whether we are consciously aware of it or not.

It was the sting of ageism that provoked me to start creating A New Wrinkle, a musical revue on aging. As an older woman and an artist, I found I couldn’t just sit quietly in the midst of our noxious assumptions about aging and old people. I felt called to express the unsung pleasures and opportunities of aging and to affirm the beauty, power, richness of spirit and resilience of older people. I’m not trying to romanticize aging, or to deny the intense life challenges it brings for each of us. But I do want to debunk toxic stereotypes and to illuminate a more life-affirming perspective. I want to contribute to creating a more age-friendly society, and this musical revue is one way I’ve chosen to move those ideas forward.

Aging is a powerful, profoundly creative time of life. It’s a time of harvesting, inspiration, insight, sharing our gifts and passing on our legacy. Imagine a society where the young seek out the wisdom of the old, where elders are happily included and appreciated and their valuable experience, skills and knowledge is utilized fully. That’s the society I imagine. The more of us that pool our imagination and action together, the easier it will be for us to create this kind of world, and that is something which will benefit us all, no matter what our age.