When It's Too Late to Say Thank You 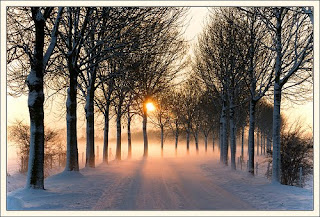 "Gratitude is when memory is stored in the heart and not in the mind."--Lionel Hampton


"If the only prayer you said in your whole life was, "thank you," that would suffice." - Meister Eckhart

I became motivated to write some songs about aging in 2009 because I wanted to debunk noxious stereotypes and illuminate some of the pleasures and richness of old age --with which many people, including older adults themselves, seem to have lost touch.

I had plunged into doing independent research on aging in 2000 when I began developing educational materials designed to teach caregivers of elders for Medifecta Healthcare Training. One document I read and reread was a report from the International Longevity Center titled Ageism in America. This is a thoroughly-researched, sobering look at the ways that tacit and unchallenged ageism affects elder's health care, longevity, work opportunities, economic status and representation in the media.

Robert N. Butler MD, one of the real pioneers of the field of aging, was a key figure in the development of that report. As the time passed and the songs accumulated, I wanted very much to say thank you to him and to tell him how much his work influenced the development of A New Wrinkle. I especially wanted to share with him the song Hip Hop Elder's Rant, a scathing indictment of the way we relate to elders, especially frail elders. I never got the chance to thank Dr. Butler though because he died earlier this year.

The incredible work that Dr. Gene Cohen did to shed light on the powerful capacity of the older brain and the links between creativity and wellness also inspired and influenced me deeply. Cohen's books The Mature Mind and The Creative Age are powerful and life-affirming ventures into the potential inherent in later life. Those books were like good friends. We talked a lot together and the conversation we had resulted in the song Scintillating Secrets of the Older Brain.

It was one of the first songs I wrote and I was looking forward to sending Dr. Cohen a recording of it, thanking him for his wonderful work. I didn't get the chance. He passed away in November 2009.

James Hillman's book The Force of Character and the Lasting Life has been and continues to be a powerful, provocative exploration of aging that draws me back to its pages again and again. Hillman's writing is extravagant, far-ranging, layered with myth and poetry.

In The Force of Character Hillman points out that in modern society, the longer we live the less we are worth. He speaks of our disconnection, the speed of our lives, a superficiality that we take for granted. He points out how even though we scorn and fear old people, we yearn for the deathless, ageless qualities of oldness--old cities, paintings, gardens. He speaks of the origins of the word old and its roots in the meaning "to nourish."

His writings on oldness sparked me to write a song I titled Reclaiming Old. It's a very lyrical, even mystical piece, sung by a chorus. It praises oldness and suggests that we reclaim the word old from the trash heap, that we embrace being old and oldness rather than continually trying to pass for young.

Rescuing language and reclaiming it from perverse and stereotyped uses is always part of raising awareness. Old is one word I definitely wish we would reclaim. Composer Laura Rich created a wonderful score for the song and I was happy with it. Wouldn't it be great to send a copy of it to Dr. Hillman? I mused. I didn't get a chance to do that as a way of thanking him. He died two months ago in October.

I am sure that all three of these men knew how valuable their work was and recognized their role in promoting an expansive, vibrant view of aging and later life. They had no need to hear my songs and recognize in them the resonance that came from their work. Perhaps they would have loved the songs, perhaps not.

The moral of the story is: we are mortal.

That's what I tell myself.

Hmmm, to change the subject ever so slightly, did you see the lunar eclipse early this morning?

Thank you for your emails on these blog posts and my creative aging work. It is always great to hear from you. Here's to this precious moment and this precious life.

"Behold the turtle: He only makes progress when he sticks his neck out."

Email ThisBlogThis!Share to TwitterShare to FacebookShare to Pinterest
Labels: creative aging, mentors, the force of character