Creativity is Ageless: Peaks and Long Planes of Light 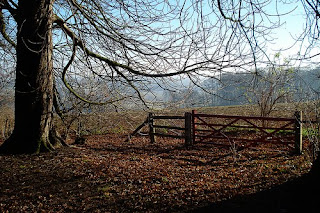 "If you would be a poet, discover a new way for mortals to inhabit the earth."
--Lawrence Ferlinghetti

“Poets peak young,” the creativity researcher James Kaufman maintains. The Harvard psychologist Howard Gardner, a leading authority on creativity adds, “Lyric poetry is a domain where talent is discovered early, burns brightly, and then peters out at an early age.” These quotes appear in a wonderful article titled Late Bloomers written by Malcolm Gladwell for the New Yorker. Why do we assume that genius arises only in the young? Gladwell asks, fueling the conversation with observations about artists whose genius peaked early in life and others who continued to create marvelous art later in life.

The presumption that brilliant creativity ends in youth has a hollow ageist ring to it.

W.B. Yeats wrote gorgeous lyrical poetry in his later years. Beat poet Lawrence Ferlinghetti is till going strong with creative work and life in his 90s. What about May Sarton? Her book Coming into Eighty is a classic work by an elder poet delving into the themes and issues of age.

Stanley Kunitz said something wonderful about the difference between writing poetry in youth and age. Kunitz won a National Book Award at 90 and became poet laureate of the U.S. at 95.

"In youth, poems come to you out of the blue," Kunitz told Mary B. W. Tabor in the New York Times. "They're delivered at your doorstep like the morning news. But at this age," he added, "one has to dig." He dug most beautifully. Here is a film clip of Kunitz reading his wonderful poem Touch Me. I highly recommended taking a couple of moments to experience him reading this poignant, sensuous poem.

I have contemplated the vividness of some older poets for years now. My interest in the subject was revived when I read Ruth Stone's obituary. Sometimes one learns about people only via their death. It's better than never hearing of their work at all, certainly.

I just bought two of Stone's books and have been getting acquainted with her work. Stone wrote poetry her whole life, but did not become recognized for it until she entered her 70s. She won the National Book Award at 87 and died very recently at 96.

Are you a lover or writer of poetry? Do you read poets who wrote marvelous poetry in their later years? If you haven't done so yet, there's still time. Older poets often impart fascinating insights into the aging process. As Plato said, "Poetry is nearer to vital truth than history." Or the daily news.

I wanted to share something else with you today. This Old on Purpose trailer describes the work of David Carey and the Aging Film Project. Carey's film explores the importance of meaning and purpose in later life. He investigates forging a new paradigm of aging through the lives of a variety of very alive elders. Take a look-- it's well worth it.

Carey is raising money to complete his film via the online fundraising platform Kickstarter and if you care about changing the stereotypes our society has about aging being an airless cul de sac rather than a vividly potent time of life, consider sending his Kickstarter fund some money so that he can finish this important work.

Third day of fog and hoarfrost here. Yes, the hoarfrost is very beautiful, and yes the fog is rather dank. Hope you are staying warm and happy.
Posted by Gaea Yudron at 8:29 AM