Some Talk about My Walkabout with Aging


I am inspired thanks to Betsy Lewis' new venture The Walkabout Woman Project (on Facebook) to view my journey of the past 15 years as a walkabout.

Walkabouts mean different things to different folks. A walkabout could mean a trip through the bush/wilderness, something with the feel of a a rite of passage, undertaken in order to explore new territory both outer and inner.

Some people look at a walkabout as a walk with no particular goal, something that brightens one's perceptions with its freshness and openness. Even an informal stroll by a public figure or royal family to display themselves to all and sundry is sometimes called a walkabout.

I have not yet done a walkabout in the wilderness. That remains to be done. This walkabout I've been on has often taken place in the territory of my imagination, then spilled out into the outer world.  I have to say that in my experience the territory of the imagination and the unconscious is quite a potent, mysterious, and unpredictable wilderness, sometimes bestowing richly illuminated insights, sometimes terrifying in its weather and the conditions of its revelations.

I began doing this walkabout with aging because I wanted to make sense of the events, patterns and meetings of my life. I have been writing about this for years. In the process, I realized I was doing what gerontologists call life review. This life review is a walkabout on its own. I highly recommend it as a tool for deeper self-understanding and integration. An article I wrote about life review and one essay titled The Fruits of Life Ripens are available as pdfs at the Sage's Play website for any of you who wants to read more.

A few years after I began the journey of life review, I started working for Medifecta Healthcare Training, a company that develops and markets training materials for caregivers of elders, both family and professional. I still work part-time for them developing scripts and other written materials. This work exposed me to the field of aging. I became fascinated with the topics and issues, the thought leaders, the perspectives and assumptions that fueled those views.

I began to do a lot of reading and independent research. I realized that my view of aging as a powerful time of life was a rather minority view. Media and the popular imagination often frame aging as a dispirited time of decline and loss --or at the other extreme, as a time when one must continue hyperactively imitating youth in order to pass for young.

For years, my walkabout was rather solitary. During those years, I continued to develop my thinking about the importance of aging as a stage of human development and to look at the importance of spirituality and creativity in the later years. Several years ago, I decided to start a venture called Sage's Play as a vehicle for programs that focus on creative and conscious aging.

Deepak Chopra talks about breaking free of the hypnosis of social conditioning in an essay he wrote in Audacious Aging, one of my favorite anthologies. That book contains 33 essays about aging that will knock your socks off, turn on the AHA! lights and give you inspiration to fulfill Auntie Mame's injunction to "Live, live, live!" Remember Auntie Mame? She was a dramatic example of an adventurous older woman.

For me breaking free of the hypnosis of social conditioning is an ongoing commitment.

As an artist and as an older woman,  I value freedom.
And playfulness. To me, playfulness is something
many of us could have a lot more of. Don't you agree?

I am in the process of developing a workshop format
that will give free rein to playfulness. I am excited about that because I like to play, and I really enjoy playing with others, too. I am calling it "Playfulness, Pleasure and the Art of Aging."


My walkabout led me to sign up for a big vision. I decided I wanted to write a musical revue to catalyze a new paradigm on aging. That was over 3 years ago. I began to write songs, or should I say they poured out of me as if they had been standing around waiting for the chance to be expressed.

I decided to name the revue A New Wrinkle. One day I thought to myself, "I need a composer!" Following an intuitive hunch, I called artist Gaelyn Larrick (whom I did not know well at all) and asked her who she could recommend to write the music for the 12 songs in the revue. At first Gaelyn hesitated, but then she said, "Well the only person I know who could do that is Laura Rich."

And so the magic of my collaboration with Laura began-- because there is plenty of magic in the universe, if we open up to it. Laura has created a wonderful score for A New Wrinkle. Not only that, but she is a delightful person and friend.  All the song lyrics and mp3s of 4 of the songs are available at our website.

Okay, so I have no idea what the universe has in store for A New Wrinkle and its own walkabout out in the world, but I do know what great learning curves, new friendships and collaborations, dark nights of the soul, and exhilarating creative experiences I've had on the journey to birth A New Wrinkle.

Right now, we are launching a fundraising campaign to raise $15,000 to produce a staged run and film of A New Wrinkle. I just finished creating a 6 minute video to use as an introduction for the campaign, which will be launched on IndieGoGo in a few weeks.

Some days, I get motivation when I read the messages on this lovely poster below, which is the manifesto from coach Laurie Foley's Courage Studio. It takes courage to create and share art. 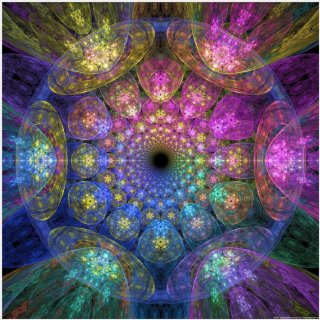 I never dreamed where my walkabout in the fields and forests of my own aging and my commitment to shift our society's views of aging would take me or the challenges it would present.

And this is a walkabout that is not completed yet. Its mysterious surprises continue to unfold.

Here's a beautiful way of looking at the walk, from the Navajo Blessing Way Prayer.

"In old age
wandering on a trail of beauty
lively
may I walk."

May it be so. To all Walkabout Women and men too, love and support on your journey.

P.S. My essay "Aging as a Profoundly Creative Act" is featured at The Wayfinder Post!
Posted by Gaea Yudron at 8:45 AM