It Feels Good to Be Old at Heart 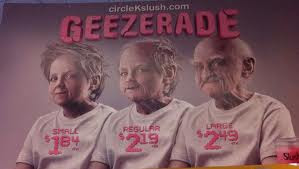 Last year a company called Circle K began an ad campaign for Geezerade in Canada. Geezerade was its usual icy slush under another name, in this case a catchy ageist name. The Geezerade campaign was so obviously ageist that it aroused a popular outcry on Facebook, where many irate older adults posted about their reaction to the ads.

As one person noted, “It’s discrimination. If there was a public ad that called young people punks and dimwits, no one would stand for it,” commented one poster. Another said, "I wrote to Circle K to express my disgust at this derogatory ad campaign. If they were to advocate any other ethnic or demographically defined group as a name for their awful product, the outrage would be biblical in proportion. But, denigrate seniors? Who will stand up and protest? I did."

And this is what is going to change pervasive ageist ads--people saying they will not stand for it and doing something about it, whether that something is picketing, writing a letter or organizing a collective protest. 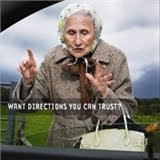 Advertisers continue to use images and taglines that ridicule the appearance and qualities of older people. It's deeply ingrained in our culture. Often older women are the target. But it can change. It depends on each of us taking responsibility. Not numbing out but instead taking part in changing things by complaining, waxing eloquent, demonstrating--using the methods that have already been used and continue to be used to counter other toxic prejudices. 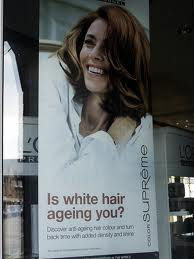 In a wonderful essay in Audacious Aging (a book I highly recommend), philosopher/teacher Ram Dass discusses how difficult aging is in our culture, especially for women, whose attempts to continue to pass for young "... often masks a profound despair." Ram Dass continues, " It is as if we are urged to fight, over and over again, a losing battle against time, pitting ourselves against natural laws."

Oh my dear. Pitting oneself against natural laws is such an awful lot of work. It's stressful-- and of course ineffective. I stopped coloring my hair years ago. My silver hair dates me, and I am okay about that. I even advertise my vintage. I am glad I've lived this long and I enjoy finding positive ways to embrace aging as a natural part of life. It feels more real and certainly more relaxed.

I've spent quite a bit of time musing about the fear of aging and the shame accompanies being old for many people. It's been a regular preoccupation of mine, especially over the past 2 years as I've developed the lyrics for A New Wrinkle. I wrote the song Passing for Young as a way of looking at the insistent belief that we have to appear youthful in order to be a viable, worthy human being.

I am always surprised when even in the relatively sophisticated town of Ashland, Oregon I encounter older adults who are in denial of their aging or ashamed and apologetic about being older. But why should any place be immune from that, even if its residents do have a high level of education? Ageism is pervasive and largely unchallenged. Most of us do not investigate it or look at the ways it affects our self-image or our lives. As Ronni Bennett commented recently in her blog Time Goes By, we've been so brainwashed by ageist language and images since childhood that we become "complicit in our own stereotyping."

According to a study that appeared in The Gerontologist (Vol. 41, No. 5):

In a survey of 84 people ages 60 and older, nearly 80 percent of respondents reported experiencing ageism–such as other people assuming they had memory or physical impairments due to their age. The 2001 survey by Duke University’s Erdman Palmore, PhD, also revealed that the most frequent type of ageism–reported by 58 percent of respondents–was being told a joke that pokes fun at older people. Thirty-one percent reported being ignored or not taken seriously because of their age.

Negative stereotypes hurt older people and may even shorten their lives according to psychologist Becca Levy, PhD, assistant professor of public health at Yale University. In Levy’s longitudinal study of 660 people 50 years and older, those with more positive self-perceptions of aging lived 7.5 years longer than those with negative self-perceptions of aging. The study appeared in the Journal of Personality and Social Psychology (Vol. 83, No. 2). 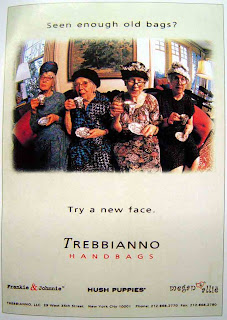 Don't belittle aging or being old. Don't cave into pervasive cultural stereotypes and shuffle around apologizing for being over the hill and ready for the scrap heap. Move into the authority and expertise and wisdom of your years.

Relax into being old at heart.


On that happy note, I was glad to find this wonderful statement of values by Oregon elder attorney Orrin Onkin at Ronni Bennett's Time Goes By blog recently. Brilliant! Right on! Let's create a society where our elders view aging in these ways.

• We will not be judged by the values of youth.

• We will not be expelled from work or play.

• We will not equate aging with illness.

• We will not be a subject matter for experts.

• We will not be the objects of condescension or ridicule.

• We will not be a social or economic problem. 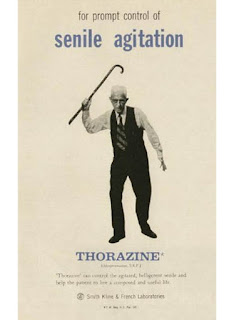 • We will not be trivialized.

• We will not be docile.

• We will not be interned.

• We will treat our later decades as a unique stage of human development.

• We will grow and learn.

• We will integrate our social, our psychological and our spiritual lives.

• We will take care of our own.

• We will cooperate across generations to create a better world.

• We will nurture and guide the young.

• We will contribute according to our abilities.

P.S. Do you read my monthly newsletter? You can subscribe to it at www.sagesplay.com
Posted by Gaea Yudron at 6:07 AM