Letting the Imagination Run Wild, and Talking to the Air

"I saw the angel in the marble and carved until I set him free." ~Michelangelo

"The Possible's slow fuse is lit By the Imagination." ~Emily Dickinson

"The most beautiful thing we can experience is the mysterious. It is the source of all true art and science. He to whom the emotion is a stranger, who can no longer pause and stand wrapped in awe, is as good as dead; his eyes are closed." ~Albert Einstein


I like to let my imagination run wild. Being a grown-up can be way too serious at times. And I do have adult matters to attend to. My musical play on aging is finished, and now I am about to raise the money to produce it. That's serious business, and something I look forward to accomplishing within the next couple of months.

But my imagination wants to run wild, too. So I revisited my old fantasy of taking off in a painted gypsy wagon, something my father always talked about when I was a child. And after several days of great longing and looking at pictures of gypsy wagons, imagining packing everything up and taking off, I had a stark revelation. I would not want to take a gypsy wagon out in America. Contraindicated, period. Maybe there was still a rosy glow for my father, but it doesn't work for me. So I put that one aside. It's not as if I have no other dreams and adventures. So I leave the gypsy wagon adventure for folks in England, Ireland and other parts of Europe, where there is culture and tradition that supports the experience. 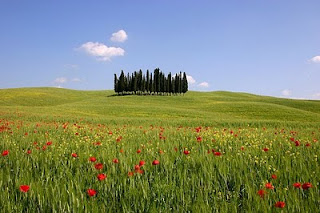 Last night I went back to my unfinished memoir Songs of the Inner Life, a project I began when I was 53. It has gone through various incarnations as I explored voice and content. Now I am certainly old enough to finish it. And I want to finish it. It is an expression that is important for me to complete.

To me, letting the imagination run wild is profoundly nourishing and exhilarating. My own favorite ways to do it are writing, performing, dancing and singing. Sometimes the imagination wants to play with no outer activity. Then I love letting it run wild while I am lying in the dark or floating in the water or sitting on a hill with a broad vista all around. Talking to the air. Things do show up from thin air. Listening to the air. Resting and playing while doing absolutely nothing at all.

How do you let your imagination run wild?
Posted by Gaea Yudron at 9:20 AM